Many of our designs are meticulously floorplanned to obtain the highest performance and density possible. People who have seen our floorplans have called them works of art, so we have decided to share a few of them. For the most part, these are built up out of placed macros, so floorplanning didn't take more than a day or two to do.

Click on the floorplan thumbnails for the big picture 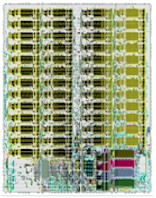 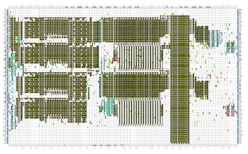 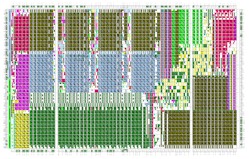 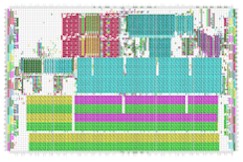 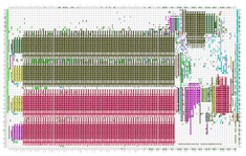